One of the most unexpected and beautiful things you will find in Orem, Utah is a stained glass window at the library of Utah Valley University. I love it when an ancient medium is used in a novel way and this is certainly the case for “Roots of Knowledge: A Window into the History of Human Intelligence”.

A fusion of art, education, and public space, Roots of Knowledge starts with the dawn of humanity and ends with the present day. The series of stained glass windows chronicles the human quest for intellectual advancement and progress. The panes are vibrantly colored glass paintings and interpretations of world history, including major inventions such as the Mayan Calendar and the printing press; important figures such as Joan of Arc and the Kangxi Emperor; major world events, such as Scotland’s Declaration of Arbroath and the American Civil Rights Movement; and thousands of other historical figures, tools, and events.

Roots of Knowledge spans across 80 individual panes totaling 3 meters in height and over 60 meters in length. It will quickly dawn even the most casual visitor that a work of this magnitude contains not only explicit stories but also hidden or not so clear references. Easter eggs have always been a playful way for content creators to both engage in some fun treasure burying, and entertain a captive audience. I believe I stumbled on one such easter egg. 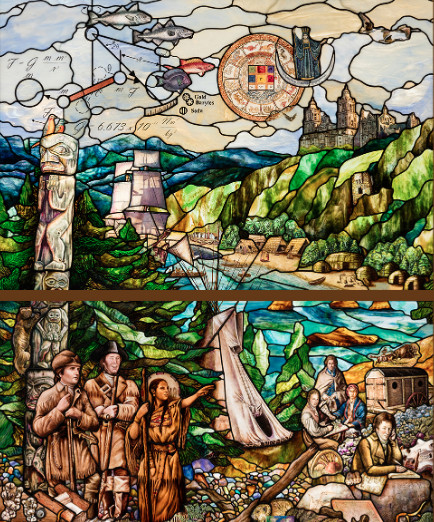 This panel documents the stories of travelers and naturalists who adventured into the wilderness of the New World, studying nature’s flora and fauna and learning from indigenous peoples. There are references of the Gitxsan people, the Lemhi Shoshone tribe and the Iroquois people. Large, in the central part of the panel, there’s an equation describing the Cavendish experiment, the first one to measure the force of gravity between masses. But there’s also a second equation, less assuming, etched on the leg of a totem-pole figurine: 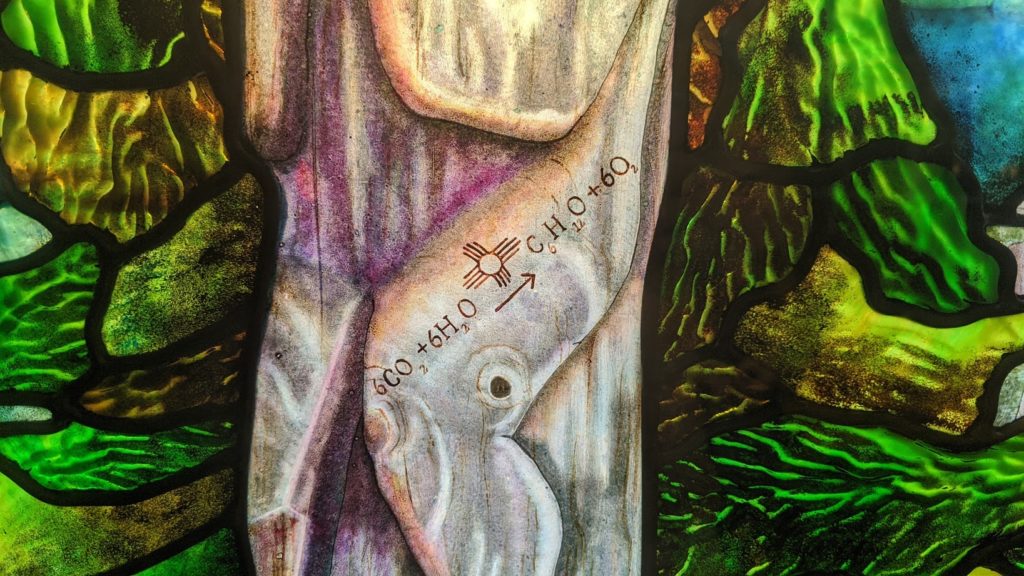 That’s the equation for Photosynthesis. But there’s something interesting about it. Typically over the “yields” sign → appears the word “light” to indicate that this is a light-dependent reaction. It’s not uncommon to encounter in the same place the symbol of the sun, especially when learning about Photosynthesis in school. But this particular sun looks familiar, especially in the context of Native-American tribes. 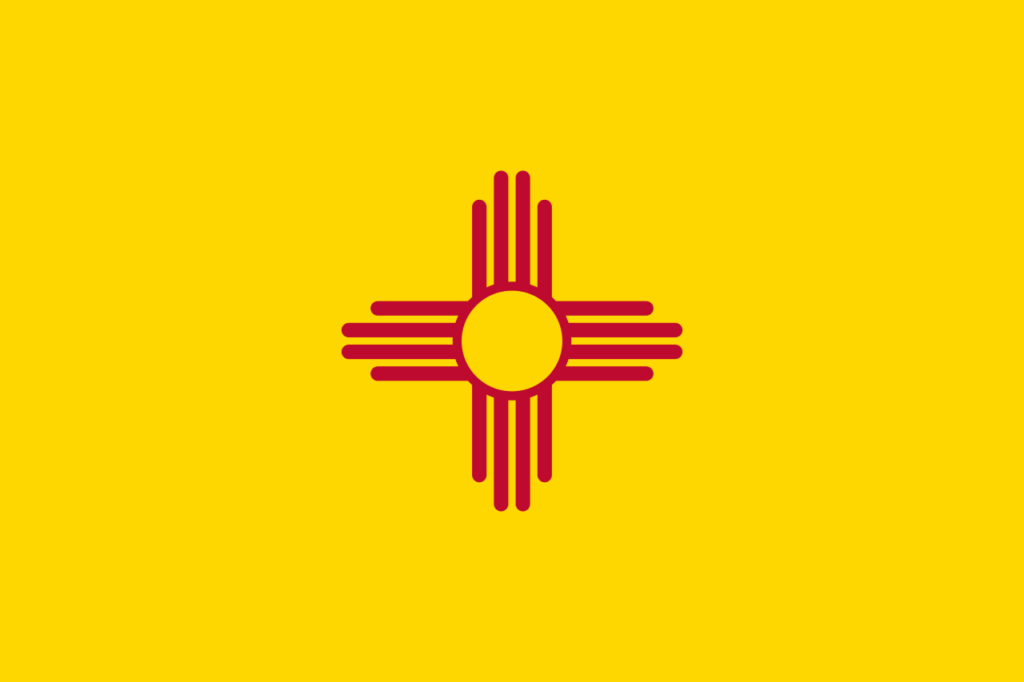 This is the Zia sun symbol. The Zia people are an indigenous tribe known for their sun symbology, so much so that the U.S. state of New Mexico (where their reservation is found), adopted it as its flag. I thought this was a really clever way of tying this panel together. I also wonder if this particular detail was added at a later time since there seems to be no mention of it (visually or otherwise) in the official virtual tour of Roots of Knowledge.

Enjoy getting lost in the meanders of this masterpiece!