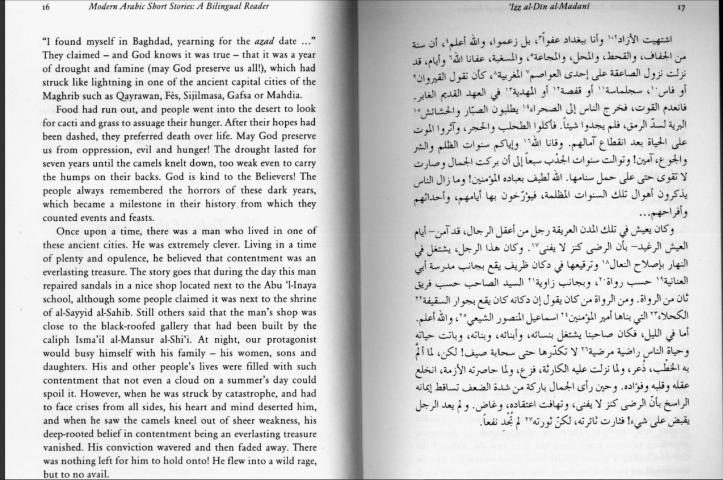 It doesn’t happen often these days that I read a book in two languages, but that is mostly due to my laziness. Reading in a foreign language was very important for me in the acquisition of English and Spanish, so it’s not surprising that improving my Portuguese and my Dutch has almost come to a halt.

In the process of making that right, I started searching the best app on the market to do what I wanted. My assumptions here are that -like me- people read bilingual books because they want to learn or practice a language and that they want to seamlessly swap between the language to practice and their native language.

With that in mind, the conditions for a good bilingual reading app are pretty clear:

It appears that I am asking for too much because this ideal book reader does not exist.

My findings so far: Kindle used to have the same approach as its older paper brother: split the canvas in two and display both languages, usually the original on the left side and the translation on the right. Recently they updated this layout with a vertical alignment. A sentence in the original language, emphasized by italic and light pink background, followed by the translation.

The approach of Kindle suffers from many problems (essentially they only nailed market), but let’s focus on usability. The issue with having two languages on screen is that, if you are truly motivated in learning something, your eyes will keep on bouncing left and right (or up and down in the newer version). This strain on the eyes promotes a bad behavior, which is either continue reading without really understanding the meaning of that word/sentence or just read everything in your native language. The latter case is even more likely, given the temptation of always having the easy way just one glance away. Bilinguis has an unusual model. It only exists as a web-app and likely makes revenues with ads. It provides Audio-eBooks, audio and text can be enjoyed for certain books under the same interface. It also provides a rudimentary market taking advantage of a few classics whose text and audio can be obtained for free (Alice in Wonderland in Esperanto is fantastic!), but it definitely lacks usability and synchronization.

It is easy to see why synchronization is a big deal. When you are learning a language, it is essential to pair a word to its sound. Unless you are already at an advanced level, it can be difficult to follow which sentence is which, while keeping up with the text. Additionally, with no synchronization, there is no way of picking up reading from a specific spot. Menestrello is the only app that came remotely close to what I have in mind. It handles audio-eBooks out of the box, it synchronizes nicely audio and text and it has a very decent UX, allowing you to jump to different parts of the text with one tap, with the audio conforming to that. It completely lacks the multilingual basis, and it does not provide an in-app market, which is really a big deal to anyone who is not a techie and can’t suffer handling epub files to and from the reading device. The audio feature of the Epub3 standard is in fact rarely used by publishers and it would require some effort to build a nice library.

That per se isn’t a huge deal. The company who built Menestrello, ReadBeyond (an Italian company), was shut down and the founders decided to open source all of their material, including some sophisticated software that can generate Epub3’s from an audio and a text file, dealing with the problem of forced alignment. In theory that would make their tools an excellent base to build the app I imagine.

Given two Epub3’s, each containing audio and text for a language and with a synchronized map pairing them together, it would not be too far-fetched to adapt Menestrello to turn it into a bilingual app. Most of the redesign would need to be UI-UX based, encouraging language learning with a few basic gestures. LexiaBooks tried to incorporate new vocabulary words into the readings slowly and improved language retention by constantly testing your recall. It looks like they had synchronization of text between both languages, a market and it seems like they nailed the usability. There is, however, no mention of Audio-eBooks in their offer.

I wish I could have tried their app, but as of end 2016 they are no more, leaving a vacuum behind. I was very interested to know more about their history, especially because they are the only project who came close to realize what I see as a union between reading for pleasure and reading for learning a language. Unfortunately, all my attempts to reach ex-founder Katlyn Parvin failed, so that will remain a mystery.

The fact that both Menestrello and LexiaBooks went out of business doesn’t bode well with pushing this idea as a commercial enterprise. That, paired with the fact that book sales have plateaued, means that if I will ever go deeper with this, it will be most likely as a side project.

If you are interested in reading how I would make that app, proceed with the second part of this post.